A couple of company events...

Near the beginning of 2016, there were a couple of events put on by Matt's work.

First, they did a kind of post-Christmas party at Boomrock Resort. It was really fun. It got off to a little bit of a rough start, though. The bus got stuck on the steep road. They had all of us get out and walk the rest of the way. The buses made it up with no problem once we were all off. Luckily, we were almost there, so it wasn't too bad. They had some childcare provided so the adults could try out a few different activities. We rotated between skeet shooting, cooking/cocktail mixing, and archery. It was the first time I'd ever shot a gun. I wasn't very good, but I think I hit 2 out of 10 clay pigeons and that was pretty thrilling actually. Matt got 6. The cocktail mixing was a little unnecessary for us non-alcohol drinkers, but a virgin mojito was surprisingly refreshing. At the cooking lesson we learned how to cut lemon crowns and make dumplings in three shapes. We had a great time with that. I'd love to take a cooking class with Matt some time. We also got to do some archery, which I'd only ever done on the Wii. Pretty different in real life... Matt got the high score of anyone at the event! We also had a wonderful dinner. Quite delicious. We were told that the resort usually has an amazing view of the Tasman Sea. (After looking at the map, it's hard to tell if it would really be the Tasman Sea... it's barely north of the Cook Strait.) It was too foggy until the very end to able to see any water, but we did get a couple of shots. We were on a cliff! 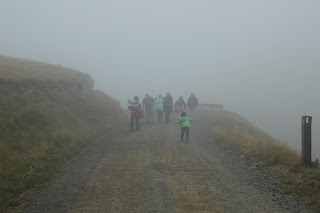 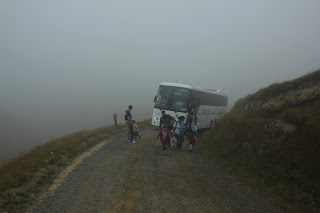 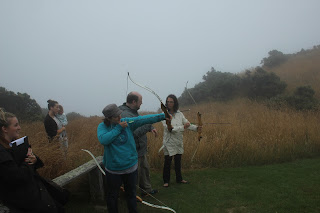 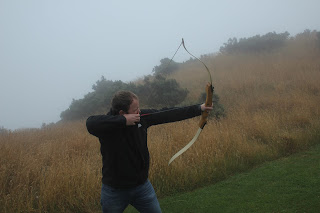 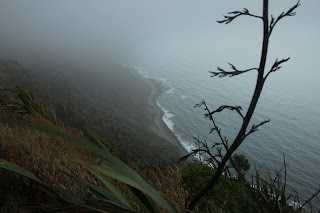 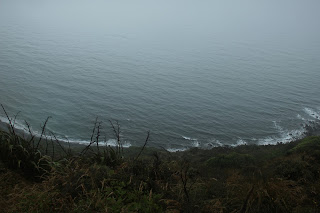 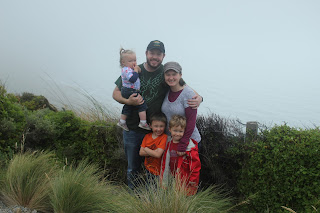 Another activity that was planned, mostly for the kids, was a visit to a Wellington Fire Station. The kids got to try using the fire hose (with help of course) to knock down some orange traffic cones, try on the boots and climb into the truck. It was a fun little afternoon. 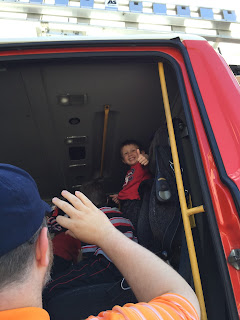 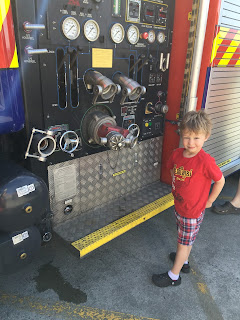 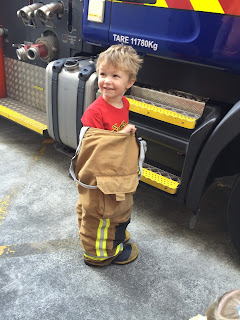 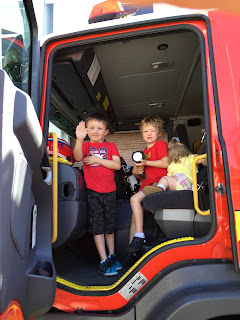 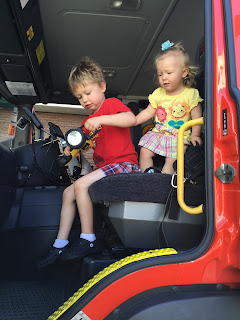 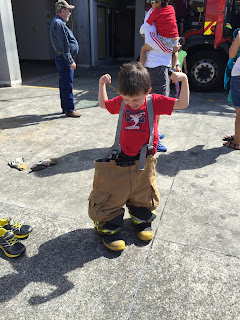 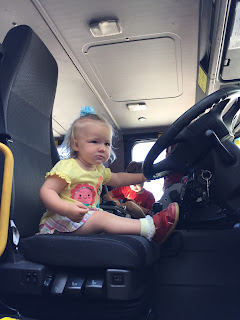 And since this happened the day before Valentine's Day, I'm going to take the opportunity to post the cake I decorated for the holiday: 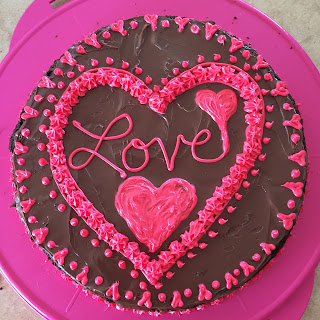 And the picture of me and the kids after church on Sunday... 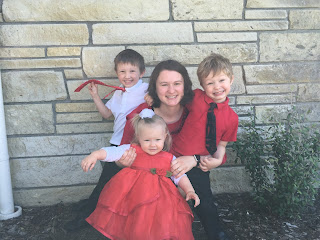